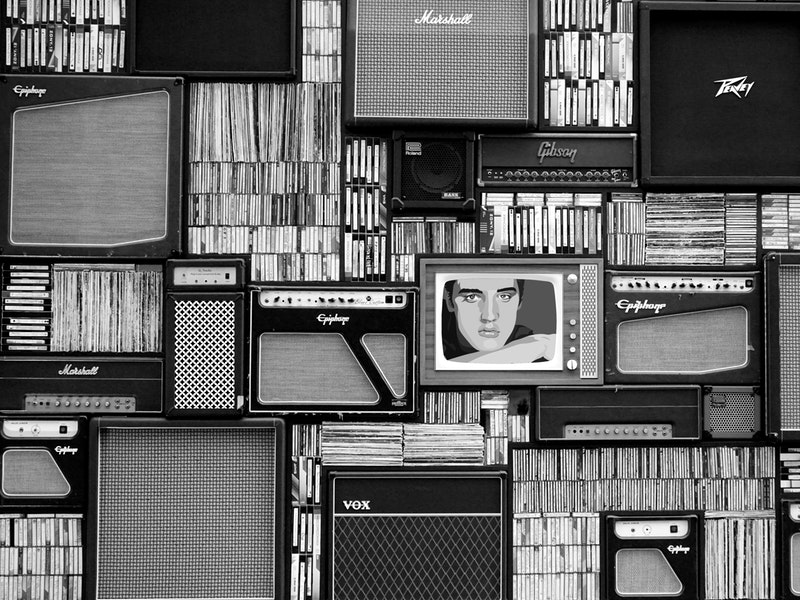 Blockchain, although associated with cryptocurrencies, it is proving to be beneficial to many other industries. Finance, entertainment, media, healthcare, education, and industry- all are getting immensely benefitted by the blockchain technology.

The decentralized module of blockchain ensures that creators get their worth of revenues. It also benefits the people to get access to the media content they want.

Blockchain has the potential to be a disruptor for the media and entertainment industry.

The content creators can directly be in touch with the purchasers without any distribution channels or middlemen. The content owners will be in control of their creative content right from distribution to revenue earning.

The blockchain technology creates a decentralized and transparent ledger of the rightful owners and their content. It can automate payments using cryptocurrencies through smart contracts.

2017 was a year of another type of funding and that was through blockchain. The funding is done through ICO (Initial Coin Offerings). The investors use cryptocurrencies to crowdfund the new ventures. They are offered tokens which can be redeemed against goods and services in the future.

‘No Postage Necessary’ was a movie which was released with the help of funding using the blockchain technology. To attract more viewers, it offered tokens as rewards to the moviegoers who would upload reviews of this film.

How does blockchain help in revenue sharing model in the media industry? The challenges in this model are the transparency, security, and speed. Through blockchain, all the three criteria are met.

A smart contract powered by blockchain technology is an agreement that is executed when all the conditions and programmed terms are met. So a smart contract is a self-executing code which executes itself when the terms of the contract between the buyer and seller are met.

With the smart contract, the investor is assured that there is a correct share of revenue. In the media industry, the blockchain platform secures the funding transactions and keeps the contract and the terms transparent. The investors know real-time what share of profit they earn.

Royalty payments are one of the major challenges plaguing the music and media industry.

The rightful owners and the media houses are usually at loggerheads regarding the payment of royalties. But through the blockchain, it is possible to regularize the payments.

The bigwigs of the media and music streaming websites came together to form the Open Music Initiative (OMI). Here, the information on the music assets and the right holders are all contained in the blockchain ledger.

The payments are made automatic using the smart contracts. Any irregularities or breach in the contract can be tracked with the blockchain.

Since the blockchain is transparent the music owners get their share of revenues and can be accessed by them assuring that there is no altering or tampering by anyone.

Though blockchain cannot fully stop piracy on its own, it can still act as a powerful tool to address the issue.

Since the blockchain internet is transparent, any unlawful actions on the distributed ledger can be easily tracked. Hence, it becomes very difficult to share the media content unlawfully.

The blockchain allows the legal user to be matched with the legally-purchased owner. The payment mechanism is proof, whereas the pirates don’t process payments.

Blockchain helps the content owners to register their content and digitally fingerprint it. The creators will be able to structure the way their product is to be distributed.

The pirated copies can then be easily identified and tracked to issue a take-down notice. The media recipients of the pirated media know that they can be traced. This acts as a strong deterrent for them to leak the content.

With blockchain, it is possible to make small payments for what you like rather than paying for the whole that is unnecessary. Blockchain cuts the need for distribution channels. This means that the owner is directly in control of his content.

It allows for micro-payments since the intermediary payment network is cut-off. Take, for instance, the user will be able to pay for a song that he likes instead of purchasing the whole album to listen to that one song. Or any reader can make payment for a news article rather than pay for the entire newspaper. Another instance is when the user pays a small fee for an ‘ad-free’ alternative instead of watching the ad-sponsored content.

So, in the future, you will be paying for a film to watch online and not subscribe to the streaming service for a monthly or annual subscription.

In short, blockchain will allow for customized services.

Media and the entertainment industry have long been impacted by the tussle over the copyright issue. It has been greatly impacted by the conflicting claims of ownership. There is a lack of transparency over who the rightful owner is.

With blockchain, it becomes easy to identify from where a file has been originated. It helps to know who the rightful owner is and when it was submitted.

This will put an end to the distributorship dispute. The artists will have full visibility over the money supply before it reaches them.

Conclusion
Blockchain technology, indeed, looks like the miracle that the media and entertainment industry is desperately in need of. It will provide a transparent and secure manner for creators and consumers ensuring a level-field for all the participants. Though at its initial stages, there is a lot of optimism pinned on the blockchain technology for the media industry.