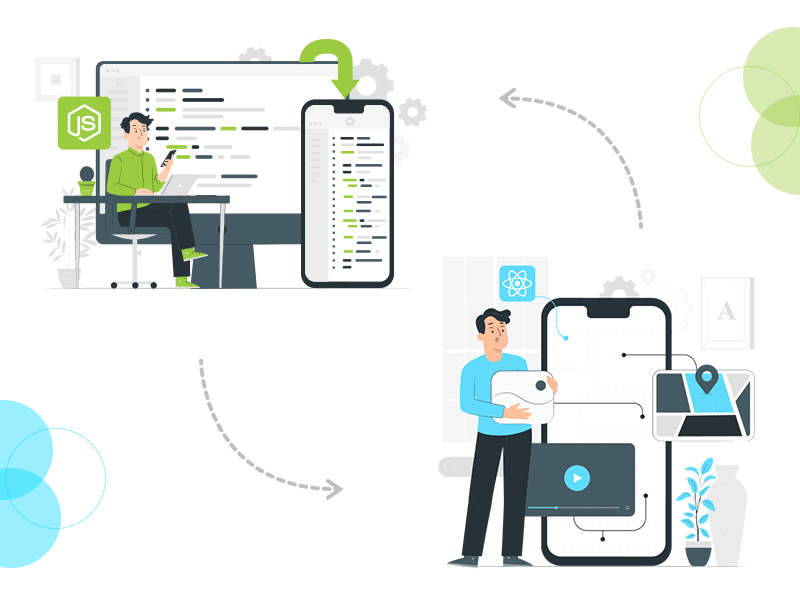 The budding technology bestows a plethora of options to the developers when it comes to the development of the front-end and back-end of a web app. Today, with multiple options available, it becomes really tough for developers to pick the technologies that are not only trending but also the ideal ones.

React is the popular front-end JS library used for creating a compelling UI, while NodeJS is a server-side JS environment used by developers for creating scalable web applications with high functionality and minimal latency. The combination of NodeJS with React is going to be extremely useful for developers building full-stack web apps.

Well, you must be wondering, what is the necessity of combining these two technologies, and how is the combination so useful for the developers? So, to figure this out, you need to go through this entire article. In this article, it has been discussed the benefits that can be derived from combining these two trending technologies. Also, their role in creating fast-running and easy-to-maintain web apps has been discussed here in this article. So, let’s start now.

A Quick Glance On NodeJS

NodeJS is a cross-platform, open-source, back-end JS runtime environment running on the JS engine V8. Being an open-source programming language it can operate on several platforms, thereby reducing the app development process as well as time. With NodeJS, the duplication chances are completely omitted when you are using the Javascript modules and language.

NodeJS with a Javascript runtime environment makes it possible for you to build a robust and personalized back-end for your web app. Data-intensive web apps benefit significantly from this event-driven language. Other than this, it can be operated on various devices. Also, it enables you to speed up your code execution process.

The unique non-blocking feature of NodeJS makes it an ideal language for developing web apps. As per W3Tech, websites built using NodeJS are approximately 30 million. As a single-threaded model is being used by NodeJS, it doesn’t require buffering while performing output/input tasks. Though it is single-threaded, NodeJS is highly scalable.

A Quick Glance On ReactJS

While talking about the front-end JS library, ReactJS is the best and the most preferred one, as it enables you to build reusable UI elements. As per Stack Overflow’s survey, ReactJS is considered the most famous web framework. From a total of 57.378 responses received for the survey from app developers, 68.9% of respondents said that they would continue using ReactJS to develop web apps.

It helps in developing substantial web apps with dynamic, data-driven displays. Other than this, ReactJS has excellent functionality and responsiveness across several devices. Uber, Airbnb, Netflix, Instagram, and WhatsApp are a few prominent apps built using ReactJS.

Its uncomplicated design approach enables the users to build scalable online apps with ease and without the need of learning or being familiar with sophisticated programming languages and frameworks. 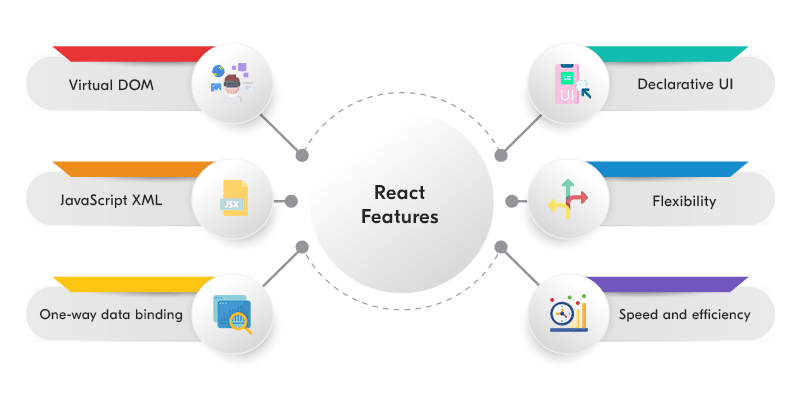 Reasons to Combine ReactJS With NodeJS For Web App Development

Making business reach to potential customers was not as easy 10 years back as it is today because the technology was not so advanced at that time. Today, companies can connect with their potential customers through whichever possible devices and platforms.

Today, most developers make use of JS code like ReactJS and NodeJS for developing web apps as high-performance apps can be built quickly. This resulted in the surge of NodeJS and ReactJS development services across the world.

With NodeJS, JS code can be run flawlessly on several platforms like Mac OS, Linux, and Windows. And with ReactJS, you can develop a smooth, straightforward, and consistent user interface.

Here the reasons are highlighted stating why NodeJS and React JS should be combined for developing web apps.

Why are you creating a website? To keep the customers engaged for a long time, isn’t it? The bonus point of real-time apps is that they are very attractive because of which the viewers stay for hours and hours on a website. The prolonged engagement hours of the customers prove to be very beneficial for the businesses. With ReactJS the UI designs can be made attractive and using NodeJS real-time data can be handled conveniently.

Certainly, your website is going to have various facets because of which the server may experience a heavy load. This ultimately can result in the crash of the websites. Now the question is how this issue can be sorted. Well, by using NodeJS with ReactJS for developing software, the developers can attain positive results. Leveraging this combination, the website can handle multiple requests easily.

A few years back, there was tough competition between ReactJS and NodeJS. Random polling used to be conducted to know people’s opinions on which technology out of the two is better. But, to come up with something new, developers are looking for ways in which both technologies can be blended for the best results. The ReactJS and NodeJS development services offering developers observed that with NodeJS, some ReactJS components work very well. Hence, this combination helps the developers in executing the app development process speedily and efficiently.

The unique combination of NodeJS and ReactJS enables you to create data-centric, complex, and dynamic web apps. With the intuitive user interface of ReactJS and NodeJS functionalities, universal and interactive web apps can be built. 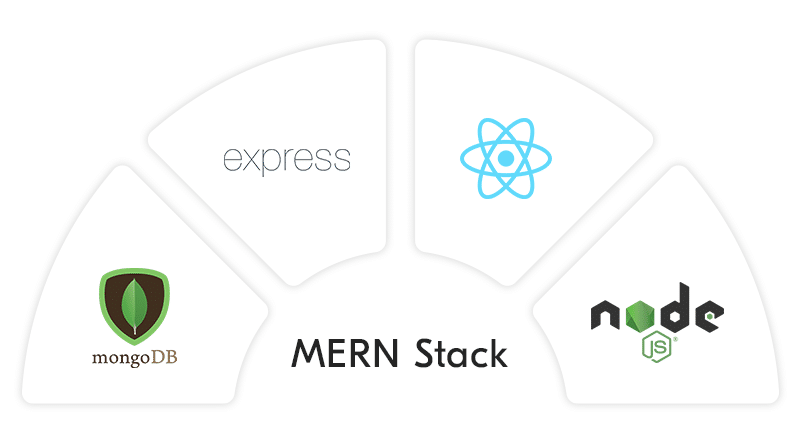 MERN stands for MongoDB, ExpressJS, ReactJS, and NodeJS is MERN. All these powerful technologies, when merged, build a dynamic stack that aids in building data-driven web apps and websites. This MERN stack can be used with strong DBSM along with NodeJS and ReactJS to give an exceptional dimension to your website.

The availability of speedy code sharing and the code reusability of ReactJS enables you to efficiently create JSON APIs for web application development. And NodeJS can efficiently allow this.

Also, NodeJS with ReactJS enables you to deploy the full functionality of JS for creating front-end as well as back-end apps. More flexibility, freedom, and ease are offered by this combination when developing web apps or websites, as a single language is being used during the entire development process.

The fast app development process saves you both time and money. NodeJS and ReactJS together enable you to build a feature-rich and highly functional web app quickly so that you can generate ROI quickly.

A lightweight back-end structure through callback functions can be built easily when NodeJS and ReactJS are together. Using this deadly combination, you can create SPA that doesn’t demand reloading while you are working on or updating the app data.

How is The Combination of NodeJS and ReactJS Beneficial For Clients?

Developing your web app using ReactJS and NodeJS, your developers need to learn only one single language, i.e. Javascript. Hence, they can keep pace with your NodeJS backend and ReactJS frontend and can easily maintain your web app.

ReactJS and NodeJS, both being modern technologies, play a vital role in developing a fast prototype.

ReactJS enables reliable and easy SEO together with developing a superb UX for SPAs.

The components and key modules of your application can be reused consistently in a tested and proven manner. This is the biggest benefit that you can enjoy from this wonderful combination of ReactJS with NodeJS.

Types of Apps That Can Be Developed With NodeJS and ReactJS

Impressive apps with a robust backend method (for managing heavy traffic) and interactive UI can be created with the incredible combination of ReactJS with NodeJS. The apps that have been built with these two technologies together have been enlisted here:

Is NodeJS with ReactJS capable of meeting current market demands? Certainly, it can. An increase in the popularity of both technologies can be marked prominently. For sure, they are futuristic technologies. Moreover, they are highly in demand in comparison to Java. Their deadly combination is resulting in the development of groundbreaking web apps.

NodeJS together with ReactJS is a good combination in the app development sector that aids developers in creating outstanding web apps. All you have to do is to find the best web app development company offering ReactJS and NodeJS development services so that you can hand over your project to them. 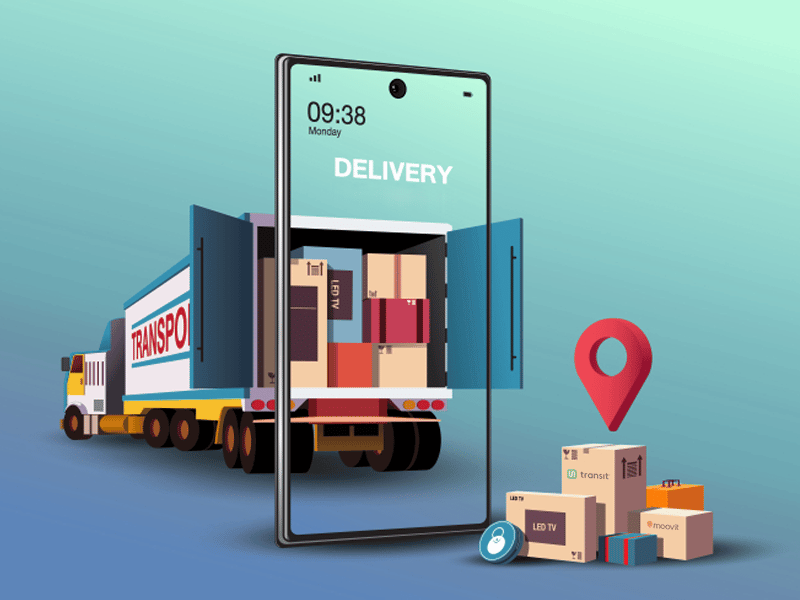 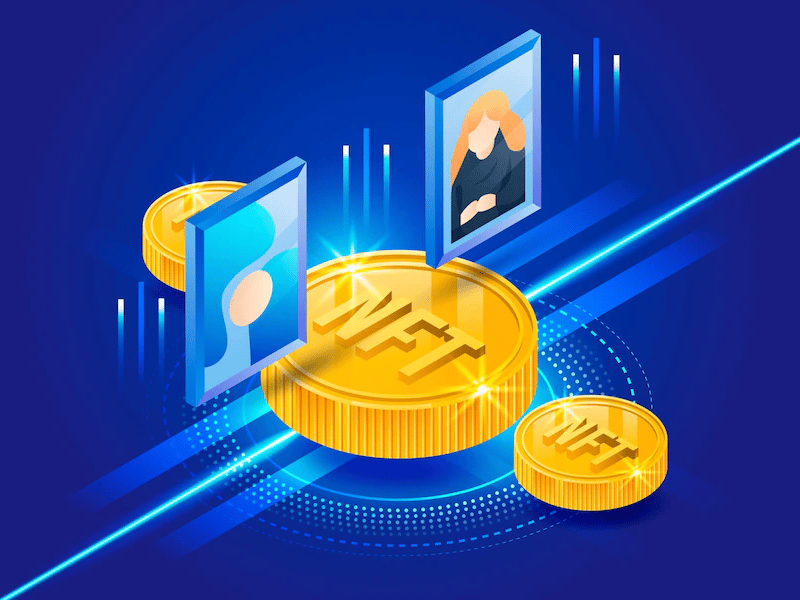 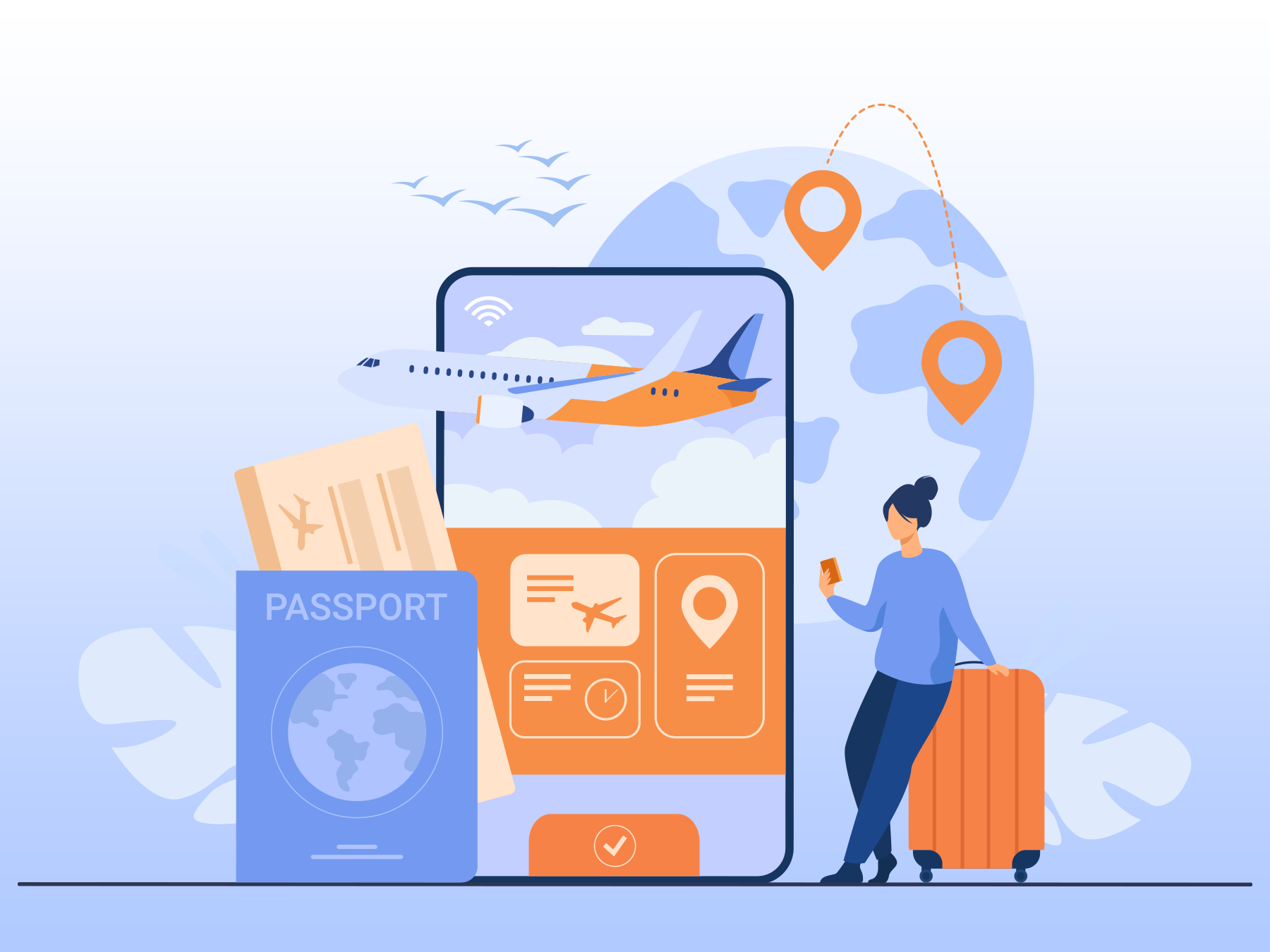