The Best DevOps (Development and Operations) Tools You Should Opt For 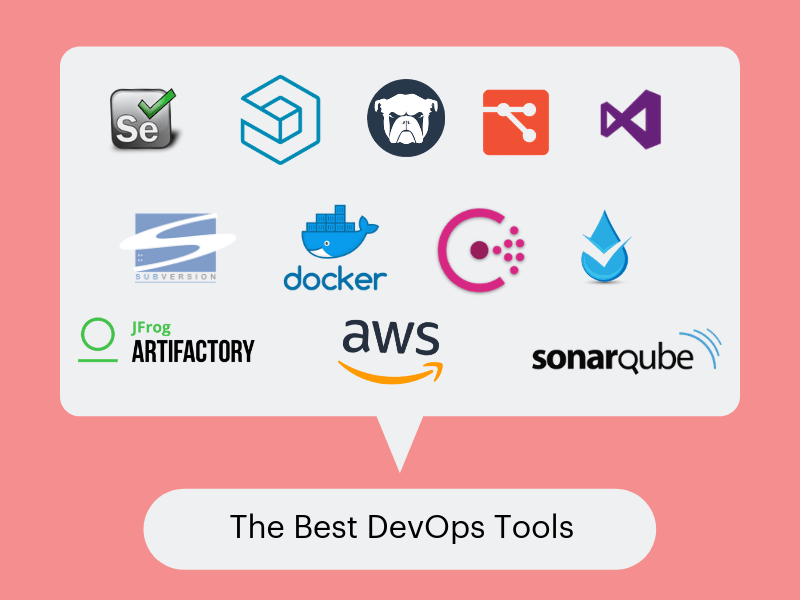 DevOps was said to be a turning point in the IT industry. It was conceptualized on the philosophy to bring the “development” and “operations” personnel and processes together so that a stable operating environment was formed. This helped to increase the operation speed and reduce errors thus optimizing costs, improving resource management, and enhancing the final product.

DevOps encourages communication, automation, and collaboration among the development and operation personnel so that the speed and the quality of the final output are increased.

DevOps uses tools in various stages so that the automation helps in faster and better quality output. The tools can be categorized for configuration management, application deployment, version control, monitoring and testing, and building systems.

In DevOps, the main stages are

Even though the tools can be interchanged at the three stages, some specific tools are required as you progress through the delivery stage. Hence, there is no specific tool that can be used in a particular stage.

Here is a list of some of the best tools available to use in a DevOps process:

A source code repository in DevOps has prime importance. Here, the coding is checked and changed, if necessary. The various versions of the code written by the team of coders are checked here so that there is no overlap of each other’s work. The source code repository forms the main component of continuous integration.

• Git – It is the core component of DevOps and is open source software. It is used for version control and helps to maintain versions of the developer’s codebase. The benefit of version control is that you have the option to version your software, share it, have backups and merge it with other developer’s codes. With Git, changes made to the code can be easily tracked. When a code is completed, the coder commits and it gets stored in the local repository. It gets stored in Git after the coder pushes the code. When changes are to be made, the pull and the update are possible with Git.

• Subversion – Also known as SVN, it is a version and source control tool developed by Apache Foundation. More used for Linux and other Unix variants, it is a centralized hub of code repositories.

• Jenkins – Jenkins is a famous open source automation tool used for the continuous integration stage in DevOps. It integrates the source code repositories like Git, SVN. Jenkins detects the changes that have occurred in the source code repository when a coder commits the code. It prepares a new build and deploys it in the test server. After the whole code creation, the Jenkins CI pipeline runs the code on the server and checks for errors. If the code fails in the test, then the concerned admin is notified.

• Artifactory – This binary repository manager by JFrog is used to store binary artifacts. It stores the outcome of the build process usually individual application components that can be assembled into a full product. It has the same features as the above Jenkins.

• SonarQube – This open source tool is used for managing the code quality like architecture and design, unit tests, duplications, coding rules, comments, bugs, and complexities. One of its benefits is its extensibility which allows covering new languages using plugins.

This relates to the configuration of a server or an environment.

• Ansible – This open source automation platform helps with the configuration management, task automation, IT orchestration and application deployment. It doesn’t use a remote host or an agent like in Puppet and Chef. It uses SSH that is installed on all the systems that are to be managed. It helps to create a group of machines and configure them. All the commands are issued from a central location to perform the tasks. It uses a simple syntax written in YAML called playbooks. If a new version of software is to be installed, then list the IP addresses of the nodes in the inventory and write a playbook to install the new version. When the command is run from the control machine, the new version gets installed on all the nodes.

• Chef – This is used to streamline the task of configuring and maintaining the servers. It helps in integration with cloud-based platforms. Just like in Ansible playbook, the user writes ‘recipes’ describing the actions to be performed like configuration and application management. These may be then grouped together as a ‘cookbook’. Chef configures all the resources properly and also checks for any errors.

Test automation in a DevOps process is not at the last stage. The automated testing is done right from the build stage itself so that by the time your code is ready to be deployed, it is error-free. But human intervention may be required unless you have an extensive automated testing tool wherein you are fairly confident that the code can be deployed without manual testing.

• Selenium – This open source suite is a set of software tools for automated testing of web applications.

• Watir – It is made of Ruby libraries to automate web application testing.

Conclusion
There are hundreds of tools available in the market and your preference should be which suits your company’s requirements.