Why Go For Flutter Instead of React Native for App Development 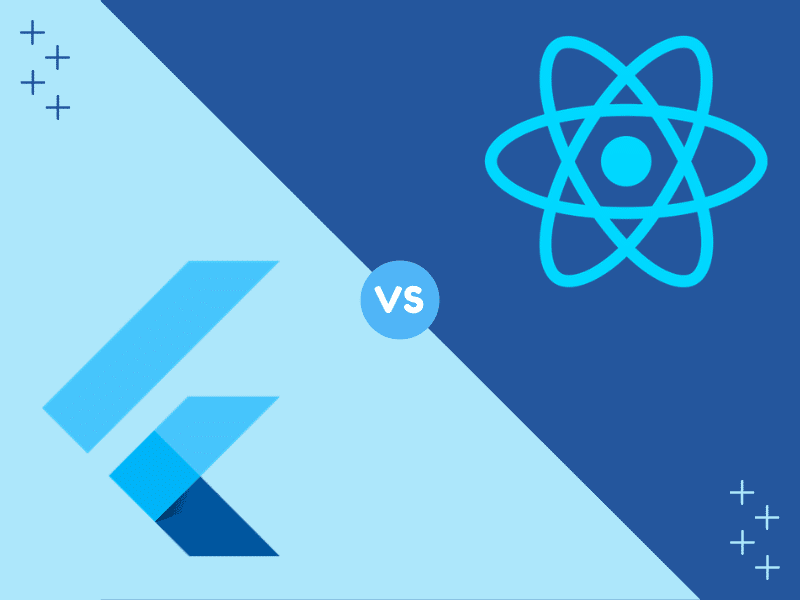 We all are living in a mobile technology world, where competition in the cyberspace is becoming much more ferocious than ever. Every business sector is constantly looking for new and effective technological ways through which they can clinch their online customers and stay ahead of their competitors, which has resulted in the boom in the mobile and web application development industry. Till date, the mobile app development companies have been offering Xamarin and React Native app development services, but from the day Flutter has been introduced by Google, these companies found it more useful and have started providing Flutter app development services.

Flutter, an open-source mobile app development framework, is used to create high-fidelity and high-performance, mobile apps for iOS and Android. Dart language is used to write the commands of Flutter apps that can be (if required) compiled into JS. Flutter’s major components include the Foundation library, Design-specific widgets, Dart platform, and Flutter engine. Using Flutter, building interactive user interfaces becomes easy and fast as less code is required for synchronizing and updating your mobile app’s view.

Why There Is An Increasing Demand Of Flutter App Development Services?

Being inspired by React, Flutter is developed mainly for speeding up the process of app development for Android and iOS.

Using Flutter, the developer can build a single UI that can run on both Android and iOS platforms by making use of the same framework, renderer, and libraries. It offers widgets, which are designed as per the Material Design (Android) and Cupertino (iOS) specifications.

This feature of Flutter permits developers to insert the restructured source code easily into the running DVM (Dart Virtual Machine) and immediately observe the changes within seconds. Also, this Hot Reload feature improves the performance of the app while it runs. Hence, if you want to build UIs or fix the existing bugs you can do easily and quickly using this feature.

In case of Flutter there is no need to rewrite the codes of the existing mobile application because it can seamlessly integrate with Objective-C and Swift on iOS and on Android with Java.

5. For Even Better and Faster Native Performance

Despite the platform that you are going to choose, Flutter must be your choice for running your app smoothly on both iOS & Android. For developing native mobile applications, Flutter offers to customize widgets for designing a rich and sophisticated native interface.

Mobile application development has always demanded an attractive and eye-appealing user interface. It certainly helps in creating natural yet breathtaking designs for mobile apps. With Material Design for Android and Cupertino for iOS, the developers can seamlessly build highly impressionable and responsive applications.

With Flutter the mobile app development process becomes even better and simpler via 3rd-party integrations, native codes and platform APIs.

Flutter offers app developers very flexible APIs so that they can make use of their entire creativity in 2D as well as other types of animations so as to build sophisticated yet stunning UI designs. Utilizing the reactive and functional framework, the developers can integrate their creativeness and competency correctly.

Who doesn’t love animation? When the developer inserts animations into the app, the app becomes even more beautiful. Not only that, but animation also makes better the user experience. Flutter has in-built animation library which can be utilized for building elegant animations and making the app look more polished.

Flutter Doctor, which is a Flutter’s command, helps in finding out the exceptions or bugs that an app is having more quickly and easily. The command helps in creating helpful bug reports.

When compared to the framework React Native, it is simple, quick and easy to set up an application using Google’s Flutter framework.

Flutter makes use of APIs that are accelerated by 2D GPU. With the help of APIs, the application animations look cleaner, faster and smoother. Also, it offers rich UX and UI. Hence, when you compare the application developed using Flutter and React Native, you can clearly spot the difference and find that Flutter apps have rich UI, making the animations look amazing.

13. Dart Gives The Feel Of Java

The programming language of Flutter is Dart that has features the same as Java. Hence, as it is similar to Java, the developers can easily understand and use Dart for developing apps. Having exceptional editorial integrations, better widgets, and accessible features, Flutter is the most preferred option among the mobile app developers.

Now, when you have known the advantages of Flutter, you can easily figure out why you should hire Flutter app development services for your next app development project. Apart from the benefits stated above, Flutter has been designed by Google in such a manner that seamlessly it can access SDKs and native features.